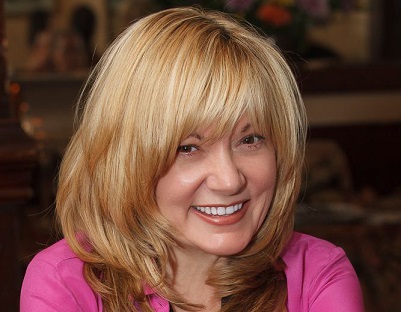 "This year AME expanded its competition categories to showcase effective campaigns whose goals are to encourage social good and beneficial behavior that result in positive movement and outcome for individuals, causes, society, and the welfare of animals and the environment. AME’s Creativity for Positive Impact categories include 6 distinct categories. But most importantly, aside from a revised roster of categories, I’m especially excited about the inception of the AME Advisory Council, their experience and wise counsel will infuse AME with added agility." Said Gayle Mandel, Executive Director, AME Awards.

In this interview, Gayle breaks down the AME awards process, giving us insight into the world of effectiveness, results and excellence.

AME stands for Advertising & Marketing Effectiveness, and it’s been a standout competition within the New York Festivals family competitions for a quarter of a century. What sets AME apart is that it’s entirely focused on results. Entries earning an AME Award are like the special forces of the advertising world…risk-taking, creative and strategic campaigns that have stamina and go the distance on behalf of the brand.

Why does AME put such a heavy emphasis on effectiveness?

Effectiveness is the bottom line and Results mean the consumer has taken action.

Clients want results. Creative work dazzles and takes the viewer on a journey, and creativity is super important, however, if at the end of that journey the viewer doesn’t know if the ad was for a resort, an insurance company or a soft drink…no one is going to buy it. At AME, we ask the entrant to prove that the campaign accomplished what it intended to do. A campaign’s art direction, writing, or production values are all worth noting and admiring, however, if it didn’t move the needle for the brand, it’s not worthy of an AME Award.

What do entrants need to prove if they want to win an AME Award?

Which AME award-winning campaigns have stood out achieving both creative and ground-breaking execution?

All winning entries in the AME Awards knock the ball out of the park.

Creative + Effective = AME Award. Effectiveness equals results. It takes both a creative and strategically effective approach to deliver results. And AME’s winning campaigns were based on extremely creative ideas that delivered brilliant results.

2018’s AME Platinum Award winners for example, “Dead Whale”  by Dentsu Jayme Syfu was 2018’s AME Regional Platinum Award/Asia Pacific and earned  Best of Show (AME Grand Award), the AME Green Award and a Gold. Their winning entry was an installation of a 73-foot decomposing “Dead Whale” on the shores of one of the most polluted cities in the Philippines during the 2017 ASEAN Summit. The installation, created by using plastic wastes collected from the ocean, resulted in over 100 million impressions internationally and caught the attention of ASEAN leaders, which put Coastal and Marine Protection in the proposal for the next Summit.

Zulu Alpha Kilo’s “Common Ground” the 2018 AME Regional Platinum Award/North America and Gold AME Award winning entry for Harley-Davidson Canada created a “foreign exchange of bikers”  that were documented in a series following riders from different backgrounds on a trip across Canada. Discovery Channel picked up the series for a primetime special and resulted in over 47MM impressions; surpassing goals by 235%; over 8.7MM views surpassing goals by 218%, and over 415,000 engagements, with an increase in market share of 1.9% against the nearest competitor.

Heimat Werbeagentur GmbH Germany “A New Way of Thinking”  2018 AME Regional Platinum Award/Europe and Gold AME Award winning entry for Free Democrats reached and activated young voters and bridged the gap between the Liberal party and the voters. The agency utilized PR Stunts and special events and created a unique digital identity that resulted in FDP returning to the German parliament with the party's highest rise ever in number of votes (5,9%), even while having the smallest campaign budget among the six major parties.

Why does AME separate their Grand Jury by region?

AME divided the Grand Jury into 5 regions (Asia Pacific, Europe, Latin America, Middle East & Africa, and North America) because we feel that audiences in different parts of the world relate to campaigns based on their own regional points of view. We’re diligent about recruiting strategic and creative leaders who understand the region to ensure fair and effective judging.

The entire panel of judges in the third round view all Gold-winning work to determine Regional Platinum Awards and Best of Show, the AME Grand Award—the ultimate in Effectiveness.

How does the entrant provide proof of their campaign’s effectiveness?

Mobile data has changed everything. Results are so important and there are specific metrics across every platform to measure performance. AME entrants provide thorough details as part of the brief and as part of the case study. And with case studies all the information can be put in front of the judges in a cogent way.

What’s new at AME for this year?

I’m new for AME as Executive Director of the AME Awards. After years of working as NYF’s Director of Public & Media Relations, I’m thrilled to be at the helm of this vibrant competition that showcases effective advertising from around the globe.

This year AME expanded its competition categories to showcase effective campaigns whose goals are to encourage social good and beneficial behavior that result in positive movement and outcome for individuals, causes, society, and the welfare of animals and the environment. AME’s Creativity for Positive Impact categories include 6 distinct categories.

But most importantly, aside from a revised roster of categories, I’m especially excited about the inception of the AME Advisory Council, their experience and wise counsel will infuse AME with added agility.

Tell us about AME’s judging process and how the most effective entries are selected?

AME’s submissions are reviewed prior to judging to ensure that all the elements are there in their proper format. Every entry is judged online, allowing jurors to judge within a private setting without distractions while judging at their own pace.

AME’s Grand Jury judges all three rounds using the benchmark of creative execution and marketing effectiveness, specifics from the written marketing brief, and a comprehensive presentation of the work are all taken into consideration. And of course, evidence of measurable results is of the utmost importance.

The AME Grand Jury scores entries using four criteria each weighted by importance with a matrix that breaks down to 30% based on Results & Effectiveness, 25% each from Creativity and Execution and 20% from Challenge/Strategy/Objectives.

What is the AME Report and why is it important?

Based on the results of AME’s Grand Jury, the AME report the annual three-tiered ranking report that honors and provides separate rankings for agencies, and brands. Within the report, the AME Brand Report recognizes innovative brands for their game-changing effective campaigns and the forward-thinking advertisers who approved these compelling campaigns.

It’s truly an honor to be included within the AME Report. Being mentioned among the prominent companies within the report solidifies an agency’s position within the industry and secures their global reputation for delivering the most creative and measurably effective caliber of work.

Why are effectiveness competitions like the AME Awards important?

In my opinion, if a campaign can’t prove its effectiveness and move the needle for the brand, it’s hasn’t done its job. 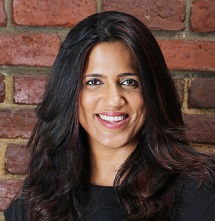 Ruichi Sharma, former Creative Chairperson for BBDO LANKA: “Increasingly, our clients are more concerned about the ROI and results of any piece of communication we create for them. More so, on large global multinationals clients. Almost every category of awards wants proof of results and how the work fared regarding sales, transforming opinions around the brand, creating awareness or evoking tangible action. Creativity just for creativity’s sake is not easy to sell anymore. Effectiveness is becoming equally if not more important. Thus, award shows like AME are gaining stature as they precisely measure the effectiveness behind a leading-edge creative campaign.”

Jon Marchant, Managing Director, FP7 Dubai: “We have the ability   more than ever to show genuine effectiveness for the fruit of our loins.   To provide genuine creativity is one thing, but to do that whilst also   proving effectiveness and proving ROI for clients, that is special.  And   with marketing budgets being squeezed more and more, it’s not enough   to simply show clients previous work, more and more you also have to   prove it’s moved the needle on business KPIs.

It’s also a powerful narrative to use beyond marketing, when we ask   Heads of Procurement whether they want to work with the most effective agency in MENA, not surprisingly, they   are receptive to finding out more!” 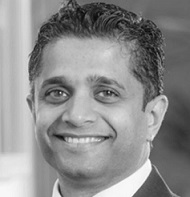 Newton Rebello, Group Account Director, Blue Apple Advertising, UAE: “Well, the age-old mantra of ROI. Today, clients (brands) need advertising and marketing more than ever to meet objectives (and push sales). They need their marketing communication to result in increase in business (sale). A typical creative communication may not necessarily do that. In a day-to-day communication scenario, the fact remains that agencies do produce more functional communication work rather than the ‘creative’ work. This doesn't mean that functional work shouldn't be good advertising or creatively refreshing. Awards such as the AME Awards recognises the time, effort, the need and the importance of functional work. In a way it recognises and celebrates the reality of the marketing communication business.”

Make sure you enter the (*) required information where indicated. HTML code is not allowed.

QUOTE OF THE DAY