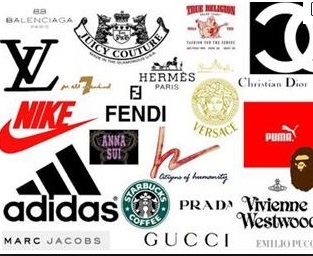 Consumers around the world with some wiggle room in their budgets are getting a taste of the finer things in life. In fact, the growth of the premium sector in many markets is outpacing total growth for many fast-moving consumer goods (FMCG) categories. And as it turns out, it isn’t ritzy categories like diamonds and champagne, as everyday consumables are rising to the top of the list of categories for which global respondents most often say they are willing to trade up.

While electronics and clothing/shoes top the list (cited by 37% and 36%, respectively), respondents in most regions are also willing to consider trading up for better meat or seafood. In fact, this category is cited most often in developed markets, and it’s among the top five categories for which respondents will consider trading up in Southeast Asia, Latin America and Africa/Middle East. In addition, 30% of global respondents say they’ll consider paying more for dairy products. An analysis of sales data in the U.S. shows consumers are backing up this sentiment with their wallets. Between 2014 and 2016, premium milk sales grew 52%, driven by the sale of milk alternatives, such as almond milk. In fact, sales of almond milk grew 250% between 2010 and 2015, while the total milk market shrank by more than $1 billion.

“In many cases, successful innovation results from reimagining traditional category definitions,” said Liana Lubel, senior vice president, Nielsen Innovation Practice. “For example, the dairy category in the U.S. was stagnant but, by redefining the category to include dairy alternatives such as almond milk, brands were able to offer more premium products, and therefore bring new consumers into the category and reengage lapsed consumers.”

Personal care and beauty categories also have strong upgrade potential, and innovation can play an important part in fulfilling unsatisfied needs. More than a quarter of global respondents say they’ll consider buying premium hair-care (27%), body-care (26%) and oral-care (26%) products, and an analysis of sales data in several markets affirms the potential. Indeed, the premium segment accounts for roughly a quarter of dollar sales in the personal category in the U.S. and Southeast Asia (26% and 23%, respectively), and its share is even higher in some subcategories. In the U.S., for the year ended April 2, 2016, more than half of dollar sales in the shaving-needs category (52%) and nearly one-third in toothpaste (32%) were from premium. In Southeast Asia, premium accounted for 55% of face moisturizer, 39% of face cleanser and 36% of toothpaste sales, and sales in all of these categories grew by more than double digits (24%, 24% and 18%, respectively) between 2012 and 2014. Shampoo is another bright spot for premium products. The premium segment accounted for 31% of shampoo sales in Southeast Asia; 13% in the U.K., Germany, France and Italy combined; and 10% in the U.S. And the premium shampoo segment grew by double digits in the U.S. (42% over the year ended April 2016) and Southeast Asia (14% from 2012 to 2014). In the four European markets combined, premium shampoo sales grew 9% from 2014 to 2015.

Outside these categories, however, willingness to consider a premium offering varies widely by market, due to cultural tastes and preferences. For instance, in China, cosmetics are second on the list of categories for which respondents are most likely to consider a premium product. In India, fruit juice and rice or grains are second and third, respectively, on the list of categories for which consumers will consider trading up. In Southeast Asia, vitamins are among the top three premium-potential categories; this is the only region in which vitamins are among the top five categories. Meanwhile, just over one-fifth of North American respondents say they’ll consider buying premium coffee or tea (21%), and an analysis of sales data in the U.S. shows premium liquid coffee and tea are growing at a tremendous rate. Sales of liquid coffee grew 203%, while refrigerated and non-refrigerated liquid tea grew 129% and 116%, respectively, between 2014 and 2016.

“It’s not just big-ticket items for which consumers are trading up,” said Lubel. “Many are looking for everyday items that perform better or fulfill their emotional needs or social aspirations at a price that doesn’t break the bank. This is a ripe opportunity space for mainstream brands to provide premium products that are still affordable compared to higher-tier premium services and offerings.”

Forty-two percent of global respondents say they’re willing to pay a premium for products made with organic or all-natural ingredients.

Fifty-five percent of Millennials say they’re highly willing to pay a premium for products that come with high quality standards, compared to 35% of Boomers.

Make sure you enter the (*) required information where indicated. HTML code is not allowed.

QUOTE OF THE DAY

MARKETING
Who's Spending And Saving Around the ...
Post by MediAvataar's News Desk
Has no content to show!